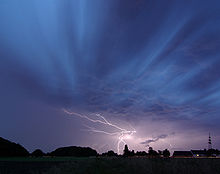 Interested in adding a whole new dimension to existing everyday C code? Or what it's like to be among the first of projects to be trying such things with new tools and technologies, and having to fix a linker bug to do it? Read on.

LLVM is a full compiler infrastructure made to not only compile various languages to various kinds of machine code, but also work with code in other ways using re-usable components. Examples: an editor that understands your code as you type (an IDE); a library that lets you perform source-level transformations easily that are very messy to do reliably at the text level; Clang is a C/C++ compiler built on LLVM that can generate machine code for many architectures, including i386 and ARM; Klee, which simulates many executions of programs with unspecified inputs; and so on.

At the core of how LLVM works is its Intermediate Representation, or IR, or bitcode. It represents the logic of the program after translation from the input language. So it describes the intended action of the program independent of a particular target architecture. Such bitcode files can be linked together to form the bitcode representation of the final executable program.

This allows some powerful reasoning over complete programs at a higher abstraction level than machine code. Example:

Not only has analyzing programs become possible; also transforming them before the machine code is generated. This has powerful applications. Examples:

Minix is close to supporting being built with bitcode completely. The code is ready on a working branch, just not merged with mainline yet. This allows for many powerful features such as LTO, introspection, running KLEE etc. to be applied to its codebase - userland and OS components alike.

The driving force behind building Minix with bitcode is the Liveupdate project spearheaded by Cristiano Giuffrida. His Ph.D thesis topic is the implementation of the updating of OS components to newer versions while they are in use. It uses information obtained from LLVM bitcode to make this possible. More details are in his Liveupdate papers here on his homepage.

Minix is unique in more ways than one. However, having this available as a maintained feature in the codebase means Minix is in a position to offer a powerful extra level of code analysis and instrumentation; for applications known (such as LTO) and to be invented. It is the first and so far only operating system that supports full bitcode builds in the base system!

To link bitcode files and perform transformations on them at link time, the Binutils Gold linker is required. Unfortunately we at Minix ran into a few problems and bugs when linking everything with Gold.

The most recent one I recently fixed and submitted a fix upstream for. It was quite a trip down the rabbit hole to find that one from just the symptoms of a crashing runtime linker! I really like being able to contribute such a fix to a project upstream that we make heavy use of - it's a way to give back and raise the profile of Minix a little.

Also the fact that we ran into these problems suggests that Minix is unusual, perhaps unique, in supporting bitcode builds in its own codebase. And therefore is a uniquely enticing platform to do OS-level LLVM transform experimentation on.

My thanks to Cristiano Giuffrida who kindly reviewed a draft of this post and substantially improved upon it. Any errors are still mine of course.